On television, Schenkenberg has appeared on many shows from around the world, including “The Surreal Life,” “Germany’s Next Topmodel,” “V.I.P.,” “Never Mind the Buzzcocks,” and “As the World Turns.”

Marcus Schenkenberg was born on August 4, 1968, in Stockholm, Sweden as Marcus Lodewijk Schenkenberg van Mierop. His parents are Dutch.

While he was roller-skating in Venice, California in 1989, Schenkenberg was discovered and brought to the limelight by photographer Barry King. The meeting resulted in a modeling career that would eventually prove to be highly successful.

Over the years, Marcus Schenkenberg has been signed to Storm Model Management, Wilhelmina Models, Boss Models, and D’Management Group, among other notable agencies. Settling in New York City in 1991, he was signed to Soul Artist Management and Ford Models. 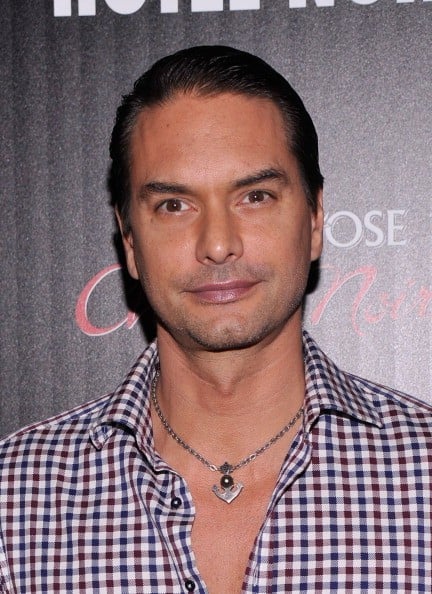 Because of his profile as an international modeling sensation, Marcus Schenkenberg has made several appearances on various television shows from around the world, mostly as himself. In 2001, he appeared in Pamela Anderson’s action-dramedy series “V.I.P.”

In 2002, he participated in the British comedy panel game show “Never Mind the Buzzcocks.” Later, he was featured on the daytime soap operas “One Life to Live” and “As the World Turns.” In 2005, Marcus starred in the fourth season of the VH1 reality series “The Surreal Life”; and his cast mates were Verne Troyer, Jane Wiedlin, Da Brat, Christopher Knight, Chyna, and Adrianne Curry. Among his other English-language television credits is the musical drama series “Smash” in which he appeared in 2012.

Beyond the UK and US, Marcus Schenkenberg has appeared on several shows in Italy, including “La Grande Notte del Lunedì Sera,” “The Corlucci Cald Show,” and the Italian version of the reality game show “Celebrity Mole.”

He has also shown up as a guest on different German shows, including Heidi Klum’s reality competition series “Germany’s Next Topmodel.” This show was based on Tyra Banks’ “America’s Next Top Model.” In 2019, Schenkenberg went on the German version of the reality singing competition show “The Masked Singer.”

As an actor, Schenkenberg first appeared in the 1988 film “Meatballs and Macaroni.” The next time he appeared in another film was in 1997, when he played the character Tiny in the famous sword and sorcery picture “Prince Valiant.” After that, he appeared in “Hostage”.

In the late 90s, Marcus Schenkenberg had a stint music career that started after his friend asked him to record a song. Although the request was just meant to be somewhat fun, it resulted in a recording contract with EMI. Schenkenberg’s song “La Chica Marita” ended up getting released on the soundtrack to Joel Schumacher’s crime film “Flawless.”