Dustin Lance Black is a famous American screenwriter, film and TV producer, and director who has a net worth of $10 million. He is known for writing the film, “Milk,” for which he won the Academy Award for Best Original Screenplay.

Dustin was born on June 10, 1974, in Sacramento County, California. After he was born, Dustin Lance Black’s father left the family, and his mother, Roseanna, had polio at the time. He was raised mainly by his mother in a Mormon household in San Antonio, Texas, and then in Salinas, California.

Black struggled with the awareness that he was gay from a young age, mostly considering the religious environment surrounding him. He never openly discussed his sexuality until his senior year of college. He attended North Salinas High School where he started working in theater at The Western Stage in Salinas. After completing high school, he enrolled at the University of California, Los Angeles in the School of Theater, Film, and Television.

During that time, he apprenticed with stage directors, worked mostly on theater lighting crews, and started doing some acting work. He graduated with honors in 1996.

In 2001, he directed and became the subject of the documentary, “On the Bus.” The film is about a Nevada road trip and adventure at Burning Man taken by six gay men. Partially since he was raised Mormon, Black was hired to become a writer on the HBO drama series, “Big Love,” which was about a polygamous family. He remained on that show in either writing, producing, or editing role for three seasons. 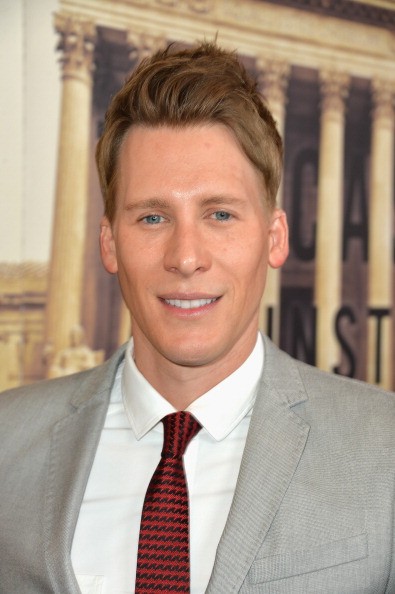 He also started researching the life of Harvey Milk, having been inspired by Rob Epstein’s documentary, “The Times of Harvey Milk,” when he was in college. He met most of Milk’s former aides and started to write a screenplay about Milk’s life.

Gus Van Sant signed on to direct this film, which starred Sean Penn and was titled “Milk.” Notably, the film premiered in 2008. In 2009, Dustin Lance Black won the Oscar for Best Original Screenplay at the 81st Academy Awards.

Furthermore, Black also made the film “Pedro” in 2008, which premiered at the Toronto International Film Festival and profiled the life of AIDS activist and reality television personality, Pedro Zamora.

In 2010, he wrote and directed the film “Virginia” starring Jennifer Connelly. During the same year, he narrated “8: The Mormon Proposition,” a documentary detailing the intense involvement of the Mormon Church in California’s Proposition 8, which dealt with gay marriage.

In 2011, he wrote the famous screenplay for “J. Edgar,” a biographical drama directed by Clint Eastwood and starred Leonardo DiCaprio. Moreover, he wrote the play “8,” which represented the real events in the “Hollingsworth v. Perry” trial, the trial that resulted in the overturning of California’s Proposition 8.

It was written and performed using original transcripts from the trial and journalist records. Black wrote a play as a response to the fact that the federal court had refused to allow the release of video recordings of the trial. He wanted to give the whole world a true account of what had happened in that courtroom.

The play opened in New York City and was later unleashed globally on YouTube by the Ebell of Los Angeles Theatre in 2012. Notably, the American Foundation of Equal Rights together with the organization Broadway Impact, the two main sponsors of “8,” have since managed to release the licensed play for readings nationwide on college campuses and community theaters.

In 2017, Dustin Lance Black worked on the miniseries “When We Rise,” which primarily covers the LGBTQ civil rights movement in the US. In 2022, he also worked as a director and writer on multiple episodes of “Under the Banner of Heaven,” a crime drama that highlights the true events of a double murder within the Mormon community. It is based on the book of the same title.