In times of excessive worries about pollution, some people came up with the idea of creating cars that cause zero pollution. Zero Pollution Motors was described as a US licensee of MDI. The Luxembourg-based firm created Air Cars, which Ethan Tucker featured in episode 626 of the Shark Tank show.

The proprietors were seeking funds amounting to $5 million to enable them to create and market the Air Cars that lead to zero pollution under the brand Zero Pollution Motors. Their license featured them as car manufacturers and dealers. Furthermore, they had a plan to set up micro-factories across the entire US for making the Air Cars and selling them within the local market. With the $5 million in funding, they were ready to offer 50% of the firm’s equity. The cash would enable them to set up a factory in Hawaii. Based on their explanation, the cost of producing one Air Car would range between $3700 and $5100. These Cars would cost $10,000 each. Hence, it sounded like a profitable and worthwhile idea.

However, how was Zero Pollution Motors before Shark Tank, and what happened after it appeared on the show?

As its name suggests, Zero Pollution Motors is a firm that seeks to develop and manufacture cars with zero pollution. Dubbed AirPods, the cars use compressed air to operate efficiently. They do not need fossil fuels, which makes them eco-friendly. The firm’s license enables it to manufacture and sell air cars in the whole of the United States.

Their Air Cars are available in three categories Airpod Standard, Airpod Baby, and Airpod Cargo. The difference was in the number of seats and cargo storage it had. The cars would operate in the city and urban environments where air and noise pollution is a major disaster.

To serve the United States market, the firm sort to establish different micro-factories for manufacturing and selling air cars in various American regions.

Zero Pollution Motors was an innovation by Pat Boone and Ethan Tucker. The firm launched in the 2000s. Notably, the two founders had a career in the entertainment sector but are alleged to have over 20 years of cumulative experience in the motor industry. Pat was a musician while Ethan was a playwright, actor, and producer.

The invention of AirPods came up in Ethan’s mind while writing a movie about Nikola Tesla, one of the major technological innovators. Ethan and Pat had worked together in the entertainment sector before joining the business arena. They pooled their resources to establish what they referred to as the first air car manufacturer in the US.

Ethan and Pat explained how the car works, its functionalities and why it is a greater option than battery-powered vehicles. They highlighted their dream to set up a factory in Hawaii and explained how they would customize every car model to suit users’ needs in different regions.

Ethan said that the car will require a 4-hours charge to cover 100 miles. Furthermore, the two innovators told the bench that they required $5 million to enable them to kick-start their project. They said that every AirPod would sell at $10,000. Nonetheless, they only used images to pitch and did not have a prototype. 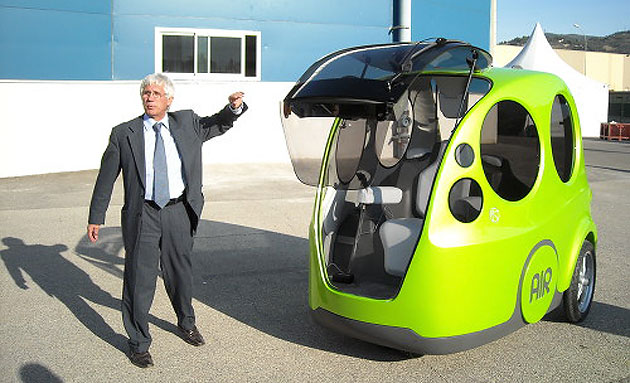 None of the Sharks offered them a deal except Robert. He gave them a deal of $5 million in exchange for a 50% stake in the company and they accepted that deal. As of 2022, the deal with Robert had not gone through due to some legal issues. First, Ethan and Pat did not own AirPod. They were just distributors and that limited their expansion possibilities. Thus, it was impossible to get the rights to sell in American markets.

Since Robert abandoned the Deal, Zero Pollution Motors has not yet manufactured any AirPod. The idea has not yet been actualized for 20 years since its conception. As of June 2022, the company was still receiving pre-orders on its website.

However, reports indicate that Zero Pollution Motors is out of business since no production has ever happened.