John McAfee was an American technology entrepreneur. At the time of his death, he had a net worth of around $4 million. Initially, he became famous and wealthy as the CEO and founder of the McAfee anti-virus software company. At some point in his life, his net worth was way above $100 million.

However, he lost a lot of that wealth due to bad investment decisions and the 2008 global recession. McAfee encountered multiple legal controversies in his life and died in a Spanish prison on June 23, 2021, allegedly by suicide at the age of 75.

John David McAfee was born on September 18, 1945, in Cinderford, England on a US Army Base. His father was an American soldier while his mother was British. During his young life, McAfee was raised in Salem, Virginia. When he was 15, his father committed suicide by gun and that affected him significantly. 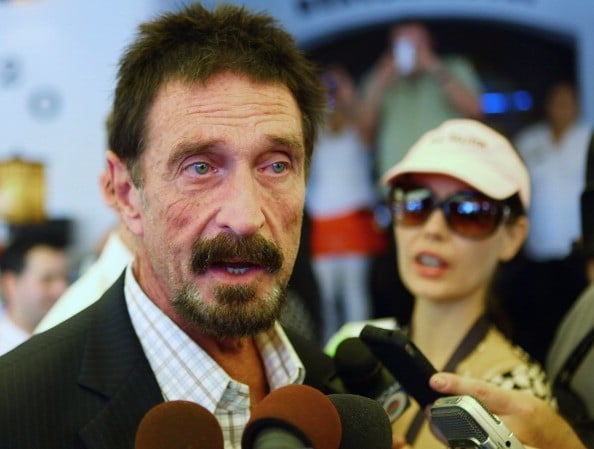 He graduated in 1967 from Roanoke College in Salem, Virginia, with a bachelor’s degree in mathematics. He later got an honorary Doctor of Science (Sc.D.) degree in 2008 from the same institution.

From 1968 to 1970, he worked at NASA’s Institute for Space Studies, in New York City. He worked as a programmer for the project. After NASA, he joined Univac as a software designer and later worked as an operating system architect for Xerox. McAfee transitioned to consulting in 1978 when he went to work with the Computer Sciences Corporation in the capacity of a software consultant.

Between 1980 and 1982, he worked for Booz Allen Hamilton consulting company. During his stint at Lockheed in the 1980s, McAfee started working on creating antivirus software. He decided to develop anti-virus software after he received a copy of the Brain-computer virus.

McAfee left his job in 1987 and launched his McAfee Associates computer anti-virus firm. Later in 1992, his company was incorporated in Delaware and he remained with the company until when he decided to resign in 1994. After the company went public, he sold his entire stake in McAfee Associates for $100 million.

McAfee Associates merged with Network General to create Network Associates in 1997. The company then rebranded in 2004 to McAfee Inc which was bought by Intel in August 2010. The company later changed to McAfee, LLC in 2017.

Bad decisions, like a huge bet on Lehman Brothers’ bonds, cost John McAfee millions of dollars. The losses forced him to sell real estate and other assets for quite a little. For instance, he offloaded a $25 million Colorado estate for just $5.7 million. Later, he sold off a mansion in Hawaii, a Cessna private jet, and a ranch in New Mexico.

McAfee was a resident of Orange Walk Town, Belize. But, Belizean Police Department’s Gang Suppression Unit raided his property in April 2012 and arrested him for possession of an unlicensed weapon and unlicensed drug manufacturing. He was later released without charge.

The Belizean police launched investigations against McAfee in November 2012 calling him a person of interest in the murder of an American expatriate. Gregory Viant Faull, McAfee’s neighbor was found dead in his home on November 11, 2012, with a gunshot wound. McAfee fled to Guatemala seeking asylum but his request was rejected and he was held in a Guatemalan detention center holding facility awaiting deportation. 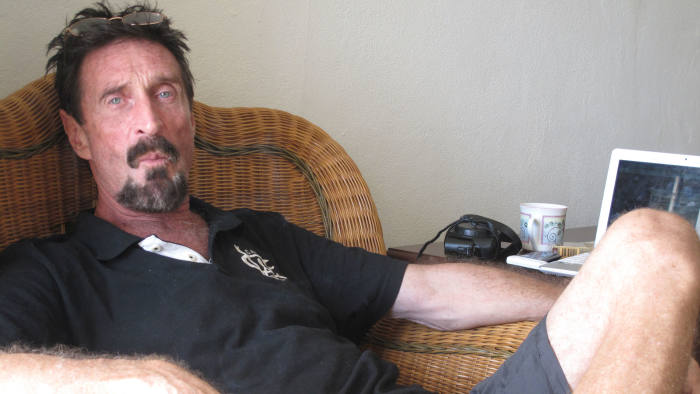 While in detention, he suffered two minor heart attacks and was released on December 6, 2012, a day after he was detained. He was then deported to the US but he later confessed to having faked the heart attacks to get some time for his attorney to file an appeal for him.

Since then, John McAfee has had many run-ins with the law. Amidst all the legal battles he said that he was running from the United States authorities and living on a boat as from January 2019.

In July 2019 he was arrested in Puerto Plata, Dominican Republic when his yacht docked there. He was then released after four days. In October last year, he got arrested in Span and the United States Department of Justice (DoJ) ordered his detainment for tax evasion.

The Spanish government announced that they would let John McAfee be extradited to the US on June 23, 2021. Later that day, he tragically took his own life. He was 75.