Chill-N-Reel is the perfect piece of equipment for the multi-tasking fishing aficionado. This simple drink insulator has a hand-line fishing reel on its side, enabling users to cast a line and enjoy some refreshing drink at the same time. 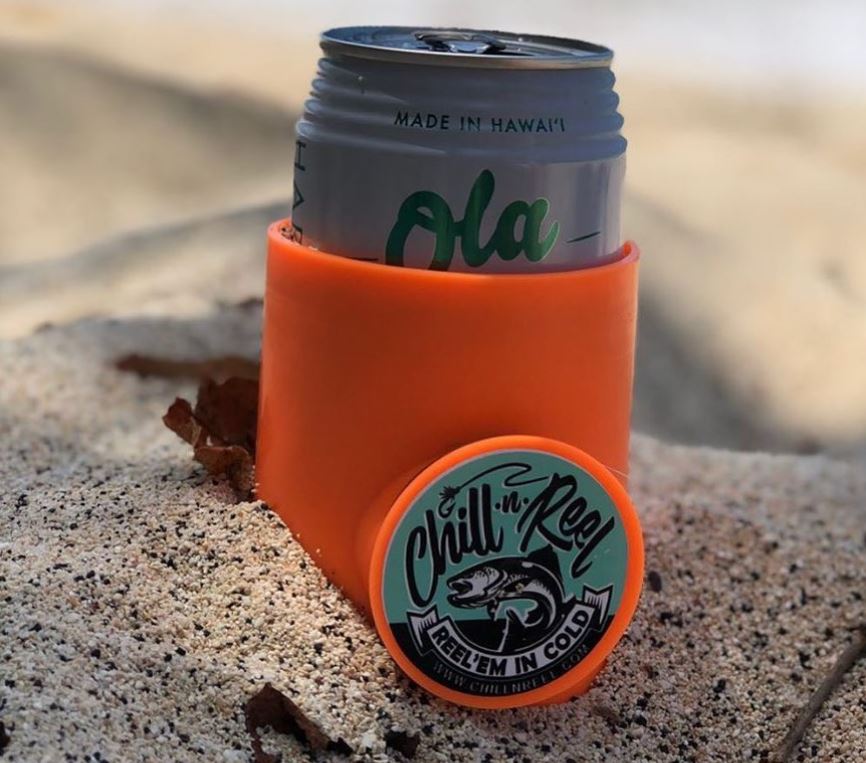 Learning to use the Chill N Reel is quite easy at any age and it works incredibly well for such an affordable gadget.

Jacob Rutledge, a Tulsa firefighter, came up with the idea of the Chill-N-Reel in 2017 while on vacation in Destin, Florida. An initial model involved changing his koozie into a fishing device by twisting a fishing line around its base and hand-casting it.

This idea worked quite well that Jake decided to put all his energy and resources into turning the fun device into a family business. He later enlisted the help of his son, Chase Terrell who is in charge of customer service and sales while his brother-in-law Chris Diede who focuses primarily on marketing, commercialization, and e-commerce.

Why Is Chill N Reel So Popular?

With over 600 reviews and a 98% 5-star rating on its website, Chill N Reel is highly popular with novice and veteran fishing enthusiasts alike since it is fun and works exceptionally well.

Currently, Chill-N-Reel is patented, and the hard-shell drink holder with a fishing reel comes with a sinker, a hook, and a 50-foot handline that can handle catches that weigh up to 8lb. All a user needs is bait and a drink.

Robert Herjavec is the only Shark who took the Chill N Reel bait on Episode 23 of Season 13 of the Shark Tank show.

He first offered Jake, Chris, and Chase $300,000 in exchange for 10% equity and a perpetual $2 royalty on every Chill-N-Reel sold. When they declined, Robert followed with an offer of $300,000 for 30%, but the Chill-N-Reel team also walked away from that offer. They declined these offers despite being in the negative due to their advertising costs. 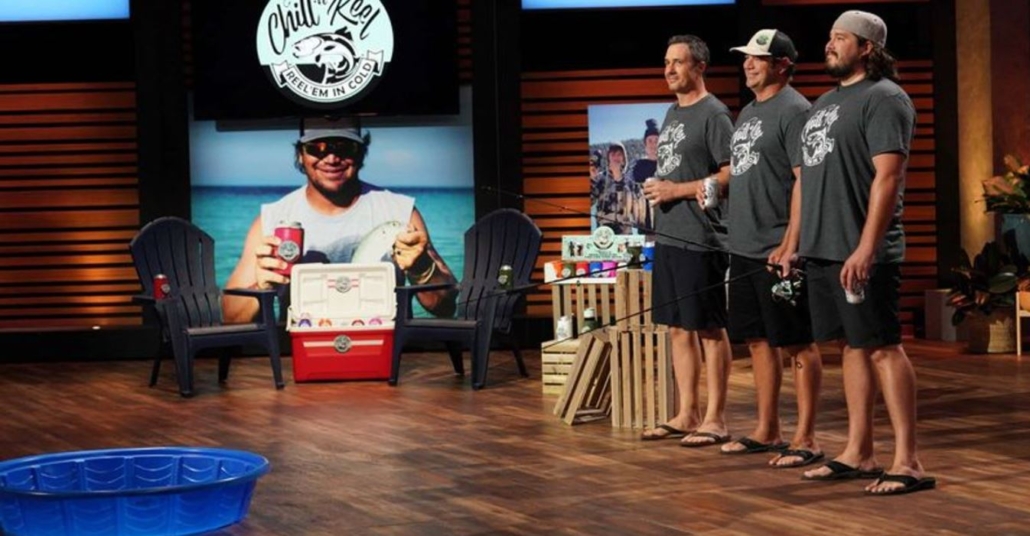 While the Sharks did not bite, Chill N Reel’s appearance on Shark Tank was a successful fishing expedition. Quoting Jake’s words, it was “an opportunity to introduce Chill-N-Reel to America on national television!”

Hours and days after the episode was broadcast, hundreds of orders poured in from all over the United States. In June 2022, Jake and his team took Chill N Reel to the final round of Walmart’s open call event to have their product on the giant retailer’s shelves throughout the US.

In case you are curious about the Chill N Reel’s ability to keep you entertained and hydrated, it might be the best time to try the simple instructions for yourself. First, you rig the Chill-N-Reel, then you load it. Next, you pitch it but do not forget to grab your slack and tip it back as needed. Soon, you will be reeling ‘em cold.