Tree T Pee is quite serious about water conservation and smart farming. The designer is convinced that his product has a major impact on the farmers and how they can conserve more of their water.

He decided to present his deal in Shark Tank’s Season 5, Episode 7. In that episode, he asked for $150,000 for a 20% share in his farming company. Did that deal go through? How has Tree T Pee managed to generate a staggering net worth of around $100 million?

By description, Tree T Pee is a simple plastic device that is normally positioned around the bottom of trees. It is shaped like a teepee and captures nearly three inches of rainwater within an hour. This water then feeds down gradually to the tree roots.

Instead of using up to 25,000 gallons of water per tree via irrigation each year, the farmer uses just 800 gallons when they wrap their tree using Tree T Pee.

The company’s net worth in 2021 is approximated to be in the regions of around $100 million. After taking the advice of Shark John Paul DeJoria, the Tree T Pee owner is currently selling these products at $8 per device.

This amount is up from its original price of $4.50 when every sale was making a profit of $1.55. Notably, global reach has also enhanced the sales margin.

The owner of this company is Johnny Georges. But, it was his father Rick who came up with the idea of the original cone-shaped water-saving device. Rick wrapped his devices around the base of citrus trees and Johnny came later on board and modified the design.

The result of that modification was the teepee device that protected the fruit trees from frost and also saved a lot on water consumption.

Why Is Tree T Pee So Popular?

Johnny George’s appearance on Shark Tank worked as a great marketing platform and his teepee device continues to grow in popularity. Farmers are confirming massive savings on their electricity bills since they are pumping less water.

The other great benefits that come with these devices are that they are cost-effective, time-saving, and they help in protecting trees against frost damage.

Where is The Company Today?

It was somehow ‘touch and go’ for Johnny Georges as he managed to stumble through his pitch when his Tree T Pee presentation aired on Shark Tank. Fortunately, Shark John Paul DeJoria stepped in and cheered him on asking him to share his story. DeJoria bought into his deal. 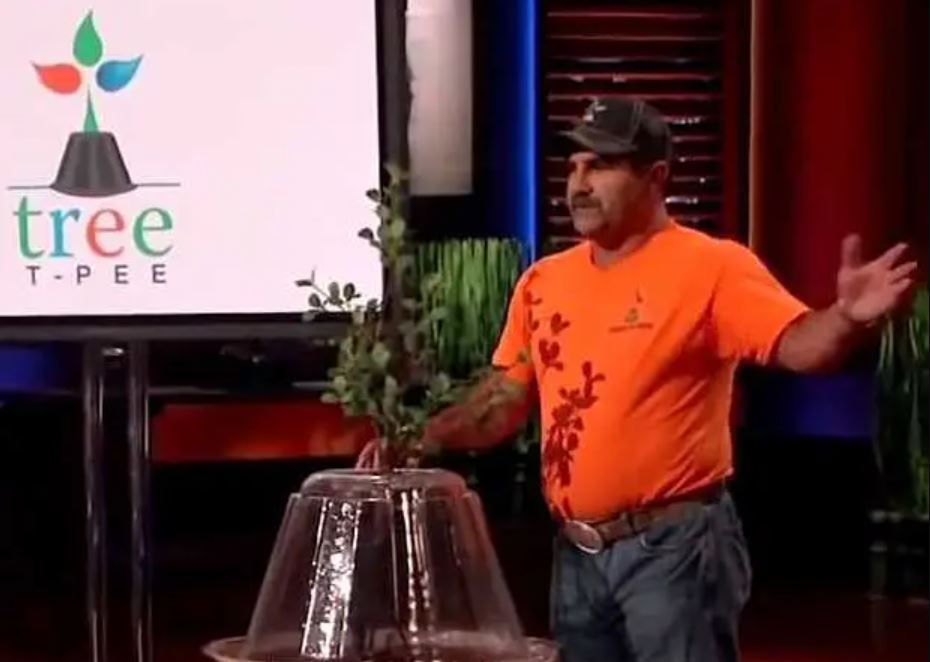 By the time he pitched his deal on Shark Tank in 2013, Johnny had sold around 125,000 units. After his first appearance on the program, he sold thousands more overnight. Since then, his company’s sales have continued to increase. The two partners decided to target markets in 80 countries with their Tree T Pee products.

John Paul DeJoria and Johnny George are still working together to sell Tree T Pee. Their product currently sells for $9.95 on the company’s site.

Since the company’s appearance on Shark Tank, it sells other merchandise to the farmers. Johnny’s passion for helping farmers and conserving the environment won him the investment deal. Currently, Tree T Pee designs products that contribute to sustainable farming practices globally.