Ryan Landis is the entrepreneur who launched the company, Hang Ease when he was in third grade. The firm made and sold collapsible hangers. Landis appeared on Season 5 Episode 27 of the popular investment show, Shark Tank.

He had a great pitch and thought that he had a great business idea on his hands. He requested for $80,000 investment in exchange for 30% equity in the firm. He did get the deal, but are they still operational?

In most cases, entrepreneurs come up with business ideas and concepts that help in solving an issue in society or bridging a gap that has existed and affects many people and Hang Ease is not an exception.

Hang Ease was a firm that developed and sold hangers with a unique hinge inserted in the middle. Whenever you are yanking at the shirt, the pressure that is caused by the hinge to fold and the shirt came off easily. That allowed us to never break hangers anyhow and unnecessarily. Sadly, this business idea did not hang around long enough.

How Was The Hang Ease Company Launched?

When Ryan Landis was 10 years old, he invented the Hang Ease collapsible hanger. Just like any other kid his age, he kept breaking hanger after hanger from yanking off his shirts hanging in the closet.

That situation inspired Ryan, who was an aspiring entrepreneur and inventor, to develop a prototype for a kids-friendly collapsible hanger. Sometime in 2006, he managed to get his product sold at Walmart. It was a considerably great milestone for someone that young and still in school.

What Happened After The Shark Tank Episode?

Ryan Landis came on to the Shark Tank show with lots of courage and enthusiasm. He came seeking a deal of $80,000 in exchange for 30% equity in his budding company.

After that pitch, Robert said that he did not see any need for the product that Landis was offering. On the other hand, Kevin said that the product “bored the crap out of him,” while Barbara did not like the fact that Ryan took a lot of time away from the business. 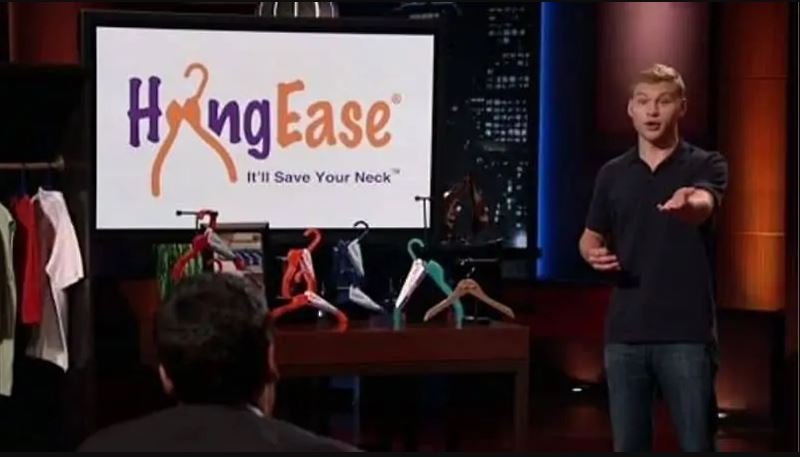 The only Shark that remained standing was Mark who offered Ryan a deal of $80,000 for 30% contingent on patent validation. He also urged Lori Greiner to join him in the deal and she did. Ryan could not refuse the offer presented to him and made the deal with Lori Greiner and Mark Cuban.

Although Landis had a great deal when he walked away from his Shark Tank episode, his deal with Mark and Lori never closed.

After that show, Ryan never resurrected the Hang Ease business. He was granted the patent in 2007 and could have gone on to restart the business. Ryan Landis, being an inventor and entrepreneur, has since moved on to other projects. He has already started another business since his Shark Tank episode.